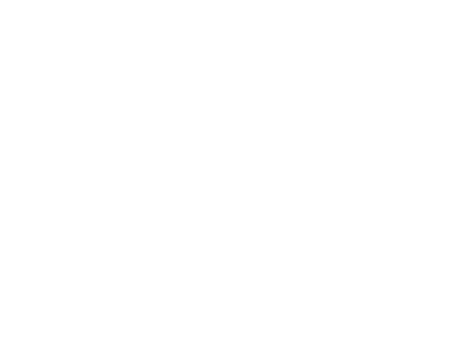 Emotional Intelligence and Mindfulness for B1 candidates

Ever since “Pruebas de Certificación” were held in all Official Language Schools of the Andalucian region I have worked hard on improving my teaching methodology, and on having an even more communicative approach in the classroom. Not to mention training the students for the “speaking” examination which is the skill they most frequently fail and the hardest for them to deliver.

In 2015 I started the first set of workshops for B1 students, named PUC TRAINING at the time. All candidates for the B1 Certificate examinations were invited to participate in the former Language Lab of the Official Language School “Puerta de la Mar” in Marbella (Spain). Not only were the cognitive issues of  teaching and learning English language displayed but also emotional, motivational, attitudinal and relational issues were taken into consideration too (Joan Vaello Orts). Candidates often found a safe environment and a friendly atmosphere which they could trust (Mindfulness). Plus this motto: MISTAKES ARE GREAT OPPORTUNITIES TO LEARN (Positive Discipline by Dr Jane Nelsen & Dr Lynn Lott).

The activities filled up their language treasure chest with rich vocabulary and expressions, communicative strategies, and useful tips to deliver the perfect monologue or dialogue. They found themselves in this Lab where they were asked to leave their shame at the door, please, so that we could take those weird examples of their English sounds with some sense of humour. It was all in all a place where the students managed to build up their self esteem and became more and more confident to perform their monologues and dialogues in the final speaking tests. Those two years of PUC TRAINING workshops led me to be more and more involved with finding better ways to help B1 Certificate candidates build up their speaking skills. The project self developed and with a focus on Moodle Classroom and its type of activities for learning English, I began to wonder whether these useful online applications could get transferred to the more traditional in-class methodology.

Mindfulness and Emotional Intelligence in the classroom

The emotional intelligence courses carried out since the beginning of my career as an English teacher in 1993 came to a turning-point during the INEP Program run at the Teacher Training Centre CEP Marbella-Coin (Reference: 182923GES251) in 2018. The contributions of this Mindfulness and Emotional Intelligence program (PINEP) proved to be the most interesting to top up the experience I had built up as an emotional intelligence practitioner in the English classroom. INEP applied to B1 Certificate candidates in 2018 was focused mainly and most importantly on improving the students speaking skills. We practiced Mindfulness and Emotional Intelligence activities in order to build up strategies for the final speaking examinations. Mindfulness practices helped candidates FOCUS ONLY on the interactive task with their partner, and nothing else, GET RID of distractions, nervousness, insecurities, BECOME AWARE of their own speaking productions and of useful items to deliver their best Monologue, REDUCE stress and, CONCENTRATE on speech. The candidates feedback after their practices was interesting: they felt more capable of managing their emotions under pressure, their self esteem was risen, they were more confident when delivering a Monologue, they overcame block-outs, their active-listening skills improved resulting in a genuine interactive task (a dialogue is not two monologues), they were able to focus on breathing until their mind manages to come back to the written instructions they need to follow and perform the task. They were able to create a conscious Monologue with a beginning a middle and an end, closed up by really witty phrases and quotes sometimes. And last but not least, they enjoyed the creative process of building up an intelligent interactive task ”here and now” which managed to engage their audience in a good improvised little theatre play.

Once the candidates self-confidence was settled and with the authorisation of the students involved, we started to record their speaking tasks. First at home like speaking activities in online Moodle classrooms, then as in-class activities. As most of them are rather familiar with using their mobile cameras in every day life, we discussed the possibility of recording their Monologues and Dialogues, to what they agreed. This practice had various benefits for the development of their speaking skills as well among which I would mention concentration as primary. 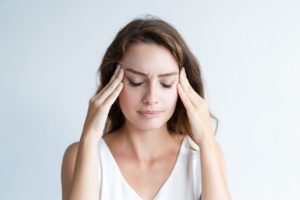 Being exposed to getting recorded when you are trying to say something sensible in a foreign language, trying to cover most of the items in the instructions given, PLUS in the little realistic circumstance of a made-up dialogue for a speaking exam, will certainly improve your students ability to TALK about any given topic when the time comes.

Students admitted to having

– become more aware of their mistakes and how to improve for the future,

– learnt how to build up their own strategies for when they undoubtedly will block out,

– learned how to “open-develop-close up” their speech without distractions, and

– most importantly, learned how to register bodily techniques through Mindfulness practices which helped them manage their emotions under stress.

From the examiner’s viewpoint I can say the INEP programme has developed my own ability to focus on the positives. The positives become more visible, thus resulting in an interesting perception of the candidates speaking performances which benefits them enormously. With the Consejería de Educación de la Junta de Andalucia permission I hereby intend to provide future candidates with samples of Speaking examinations based on the B1 Official Exam Papers from previous years.  Students may find these useful before sitting their exams in June or September. In other sections of this blog the candidates will also find practical exercises based on Mindfulness and Emotional Intelligence which might also help them overcome the uneasy situation of a speaking exam for many… 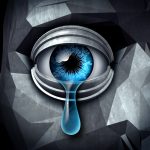